Railway Mission is a Christian faith-based charity offering independent, confidential, impartial pastoral care to the railway community and members of the public affected by rail operations. Each of our regionally-based chaplains aims to be an impartial ‘friend’ for those who work on the railways. Regardless of faith, gender, sexual orientation, our chaplains offer face-to-face year around support, especially during an individual’s time of loneliness, stress, depression, bereavement or illness.

Many are experiencing family breakdown, mental ill-health, bereavement, financial difficulties, being victims of crime and much more. Rail staff approach our chaplains for support through these difficult times as a friend and colleague, rather than phone a stranger to receive counselling support to talk through personal difficulties. But railway chaplains have also supported railway staff and police in the aftermath major incidents, such as train crashes or terror attacks. 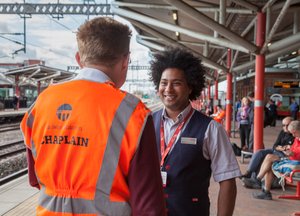 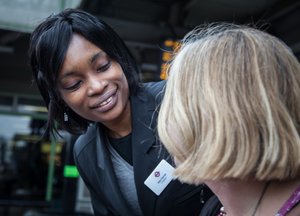 Having a confidential listener is important for anyone who is struggling with the difficulties of life. Where there's a risk of harm to an individual or others, as far as possible we'll work with a person to find the best avenue for help 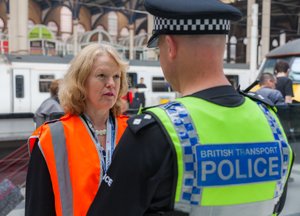 Impartiality is essential to ensure that our support is given entirety without any outside influence, form either railway companies or from a persons manager or colleagues

We have chaplains based from the North of Scotland to the South of England and from Wales to the Wash. You can contact a chaplain by phone or email to arrange an appointment

Take a look at our presentation page

How do we help?

Railway Mission uses an image of a viaduct as our logo, because like so many of the viaducts on the railway netork, we’ve offered support for over 130 years, but we’re totally up-to-date with the trials of modern living. We help railway staff (at all levels) and the travelling public enjoy the good times and get through the bad times.

So if life’s journey feels threatened we offer face-to-face friendship and an opportunity to talk about problems and explore solutions.

We’re also on hand to help staff and the public in the event of railway related incidents including fatalities.