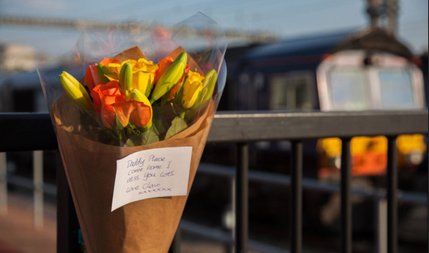 Post-Traumatic Stress Disorder (PTSD) in the railway industry. The incident may involve a single individual or have multiple casualties in the case of a major incident, such as a rail crash or terror attack.

Several factors have been found to increase the risk of developing PTSD, including:

Support after the traumatic event from chaplaincy and TRiM (Trauma Risk Management [1]) practitioners at an early stage can help reduce the risk of developing more severe reactions to trauma such as PTSD. Chaplains and TRiM practitioners are non-medical personnel who have undergone training to help them understand the effects that traumatic events can have upon people and aid in the prevention of symptoms escalating to the point of the need for clinical intervention.

For example, a 2012 study[2] found that the perception that your life was in danger was the strongest predictor for PTSD six months after the trauma. Another study[3] found that avoidance behaviours, the suppression of thoughts about the incident, rumination about the trauma, and dissociation were most strongly connected with PTSD symptoms two to six months after an accident.

A strong perception that your life may have been in danger during an incident can lead to avoidance behaviours (for example, not wishing to travel by train or visit a location that reminds you of the incident), which in turn can increase the likelihood of PTSD.

Such avoidance strengthens the belief that a particular place or situation is dangerous, a thought pattern that can maintain your fear response. The avoidance of thoughts and emotions can interfere with the healthy processing of your emotions, which can also increase the risk of PTSD.

What to Look Out For

It is normal to feel a flood of emotions, including shock, guilt, grief, helplessness, confusion, and fear, immediately following an incident that you have witnessed or been involved with in some way. However, with PTSD, these feelings don't go away over time and can actually get worse.

According to the fifth edition of the Diagnostic and Statistical Manual of Mental Disorders,[4] you may have PTSD if you experienced or witnessed a serious trauma and develop some of the following symptoms: 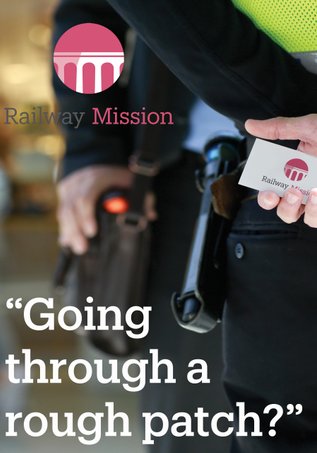 Any or all of these symptoms may also occur as part of your body's natural response to a traumatic life event. In people who don't develop PTSD, these symptoms should naturally subside over time.

There are a number of effective treatments for PTSD. Therapy techniques such as cognitive processing therapy and eye movement desensitisation and reprocessing (EMDR) therapy can give you the skills necessary to cope with the emotional and mental part of your experience.

Certain medications may also be helpful in managing PTSD symptoms. You can take comfort in knowing that after identifying your symptoms and seeking the appropriate treatment, you can begin to recover.

Talk to your GP or ask for help from your chaplaincy team or TRiM practitioner to access the help you deserve.

[1] TRiM is a peer support system designed to help people who have experienced a traumatic, or potentially traumatic, event